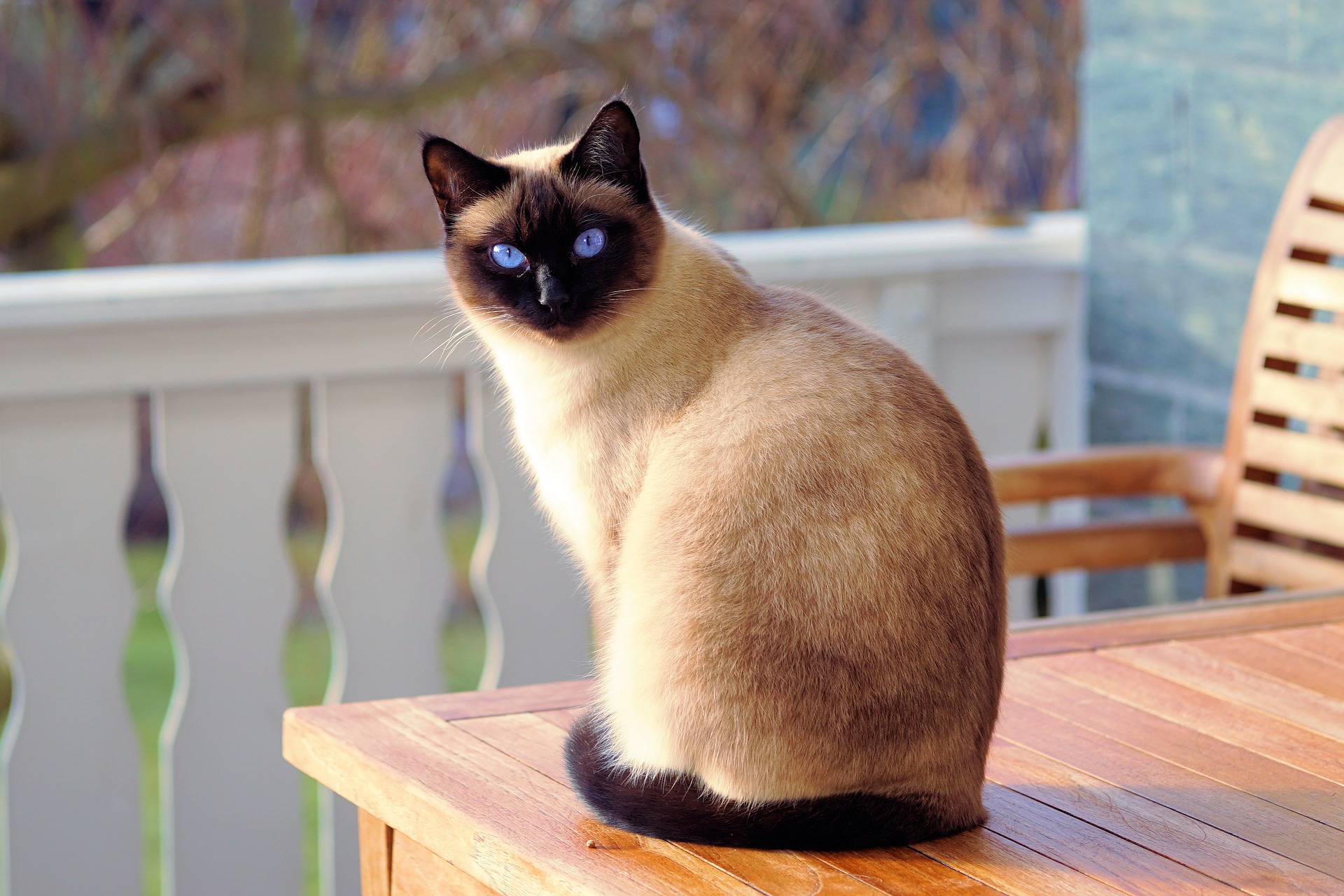 With ASPCA Pet Health Insurance, you can choose the care you want when your pet is hurt or sick and take comfort in knowing they have coverage.

In the past decade, Internet marketplaces have become a major platform for commercial breeders to sell their puppies directly to the public, sight unseen and without regulation. The anonymous and unmonitored nature of online sales has also opened the door for unscrupulous breeders—who emphasize profit over animal welfare—to skirt existing laws designed to protect dogs from these inherently cruel high-volume operations, commonly known as “puppy mills.”

Many ethical breeders now have websites to introduce prospective purchasers to their dogs, their breeding programs and their available puppies. What potential owners need to be aware of are the differences between these sites, and sites we like to describe as ‘on line puppy classified’ web sites.

Online puppy classified sites have made a huge splash in the past few years. Doing a search for the term ‘dog breeder’ or ‘puppies for sale’ for almost any breed of dog turn up the same results, over and over again. Sites with names like ‘PuppyFind’, Pets4U’, ‘TerrificPets’ and ‘NextDayPets’ all look like simple, easy to use solutions to your pet buying dilemma. Just search your breed and your area, and voila! Page after page of cute puppy pictures, all available to you with just the click of a mouse. Most of the puppies are described as coming from ‘caring’ breeders, the term most buyers know to look for. The clean, well laid out look of these web sites can instill a false sense of security in buyers who’ve come to associate well laid out web sites with well run businesses. If you can trust sites like Amazon and eBay to provide you with quality goods, why not sites like puppyfind? The difference, of course, is a crucial one – puppies are live animals, not books, and selling them requires more than just an exchange of money for goods.

Quality breeders have long waiting lists for their available and planned litters. They don’t need to resort to hawking their puppies through anonymous sites like PuppyFind, and few would be caught dead with a dog they’ve bred listed there. For some people, though, the anonymity of sites like these is ideal.

What follows is an in-depth breakdown of some of the people you are likely to find via puppy for sale type classified sites.

As we mentioned in our section on brokers, less than healthy dogs, which are called ‘class B’ dogs, are often bought in bulk purchases by re-sellers. In the past, these dogs were sold at flea markets, or through seedier pet stores. Now, many of them are sold through on line puppy for sale sites. After all, buyers can’t see where the dogs are being kept, and they don’t usually ask to see the parents. It’s even rarer for the people using puppy classified sites to think to ask to visit the ‘breeder’, when shipping is so readily and eagerly offered. Sellers don’t even have to keep the puppies on hand – they wait until the orders come in, and then pick up what’s needed from the broker warehouse facilities. Lower over head equals greater profits, and when the complaints about sick puppies come in, along with the threats of lawsuits, they simply change ‘kennel names’ and ad sites, and move on to scamming a new set of victims.

As with the re-sellers mentioned above, many brokers are now discovering how simple it is to re-sell cheap European puppies for high North American prices thanks to anonymous puppy classified sites. Few volunteer that they aren’t the actual breeders of the dogs, or, if they do, they claim to be selling them for a relative who breeds top champions, but has little command of English, and all out of the goodness of their hearts. Some on line brokers are making hundreds of thousands of dollars per year, and all thanks to sites like puppyfind. The fact that many, if not most, of the dogs they sell are sickly is no impediment to their profit level, thanks to a health ‘gaurantee’ that offers little more than a partial refund for the return of a sick or dying puppy.

In the past, back yard breeders had to resort to ads in the local papers. Thanks to the internet, they can now sell their pups to a world wide market of eager and naive buyers. Buying a puppy on line from a back yard breeder is just as risky as buying from one that lives down the street, with the added bonus that, if something goes wrong, you now get to try and track down someone who lives across the country, instead of some one who lives down the street.

In the past, puppy mills had to sell their pets via brokers, or direct to pet stores. After all, no one who saw their facilities would ever want to bring one of those puppies home. No more worries about that, though, now that on line puppy for sale sites are here! Puppy mills can hide their squalid, over crowded, filthy conditions easily, behind glibly written ad copy that touts ‘family raised pups’. Since, again, few buyers bother to even ask about visiting the buyer’s location, mills can skip the middleman and get the kind of hyped price that pet stores have been able to command for years.

According to an investigation into online puppy sales by the International Fund for Animal Welfare (IFAW), 62% of the ads from six websites primarily dedicated to selling puppies (Animaroo, DogsNow, NextDayPets, PuppyFind, PuppyTrader, and TerrificPets) qualified as “likely puppy mills.”

Purchasing from someone who claims to be a ‘caring breeder’ from an on line classified ad type website, without doing your homework and visiting their facility, is no different from supporting puppy mills in any other way. Research breeders you find via these types of websites just as thoroughly – if not more so – than you would any other breeder. This includes insisting on visiting their facility to pick your puppy up in person. Don’t be surprised if your doing so suddenly results in the deal being called off altogether.

One of the most disgusting new trends of the online puppy classified sites (and general classified sites) is the ease with which they can be used to perpetrate something that’s been referred to as the ‘Cameroon Africa Pet Scam’. In the Cameroon pet scam, ‘sellers’ list dozens of photos of puppies which are “free for adoption” or for sale at drastically low prices. Scammers obtain their photos by stealing them off of the websites of legitimate breeders. These ‘sellers” are located in Africa – mostly in Cameroon and Nigeria. The story can vary as to why the animal is free or discounted — the current owner is a missionary who needs to find the puppy a new home due to the terrible weather in its current location; the animal was rescued from a natural disaster and needs a good home; owner’s busy work schedule, etc. etc.

The scammer will ask interested buyers to pay the dog’s shipping costs to a fake “pet shipping company” in Cameroon Africa. The victims wire money for the dogs but only get excuses for the delay. Instead, they’re repeatedly asked for more money to cover additional “fees” invented by the scammer. Then the scammers will concoct even more fees that the victim needs to pay after the dog has supposedly been shipped.

The scammers’ only accepted method of payment is Western Union or MoneyGram, payment methods which, when ‘no signature’ is specified, is completely anonymous and untraceable, and can be picked up at any location in the world. Sellers receive payment, and then disappear, leaving the purchasers without a dog, or a method of determining who they were scammed by. Once scammers have sold the same non-existent puppy a few times over, they remove the ad and place one for a new breed, starting the cycle all over again. PuppyFind and many other sites allow users to place free ‘trial ads’, allowing the scammers to escape the paper trail which paying for an ad would create.

You can identify these pet scammers because they will ask you to pay by money order or wire transfer. Never wire funds via Western Union, MoneyGram or any other wire service — anyone who asks you to do so is a scammer.

People everywhere have been left heart broken and angry after being ripped off by these unethical scam artists, and puppyfind alone has page after page of complaints from purchasers who were scammed by sellers advertising on their site. Dozens of complaints from people who lost money to puppyfind scam artists can be found on RipOffReport.com – just search for ‘puppyfind.com’ and ‘scam’.

How to Spot and Avoid a Cameroon Pet Scam

While there may in fact be some legitimate breeders who advertise on these types of sites, they are far outweighed and outnumbered by bad breeders, puppy mills, import brokers and scam artists. Purchasing via this method is a proverbial crap shoot, and we do NOT advocate that you do so.